Creatives all over the world do marvelous things with our footage.
Watch some of the best spots, corporate films and movies created using our vast collection of premium shots.

Each month we present a project featuring footage from our diverse library of creative, editorial and archival film material.

The spot ran during NBC’s Super Bowl Pregame show 2018  and during NCAA Basketball coverage on CBS and Fox on the Super Bowl weekend, as well as on Bravo, History and Discovery programming.

Framepool is proud to represent the famous director and DoP Frank Sauer. LED Free running is an award winning story about a team of freerunners, decked up from head to toe with LED lights and set loose on the streets of Bangkok at night.
Discover the magic of extreme parkour once the sun goes down This footage is truly mesmerising.

All footage available exclusively at Framepool, fully cleared and ready for commercial use, all just a click away!

Find out more about Frank in our blog. There is a lot more to discover. All footage exclusively available at Framepool.

Read more on our blog

When football turns into a high-risk sport

The UEFA European Championship is over, and fresh footage is now trundling in of the games, the players and… their sponsors.

It is practically impossible to keep the omnipresent logos, slogans and names of advertisers out of the picture. While one might expect companies to be grateful for their valuable advertising receiving an additional airing after the event, it would be unwise to rely on this effect: suing for damages for unauthorized use is the more lucrative option for companies.

Make sure nobody uses you to refinance their investment in advertising by ensuring third-party rights are clarified before footage is used. In addition to the usual rights of persons to their own likeness (players, officials, fans etc.) and event rights, clarifying brand rights is crucial when advertising for companies is visible in images or footage (be it as logos or slogans on perimeter advertising or on jerseys, scoreboards etc.). Note that this also applies to royalty-free footage! But you don’t need to worry: we can take care of this – for our own footage and, on request, for footage from other sources.
Enquiries to rightsclearance@framepool.com 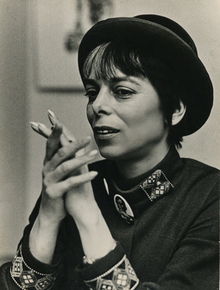 In German the term “ins rudern kommen” which can be translated into “start to row” is used for a situation when you get difficulties in the things you do. For example when you get stressed by the next deadline or when seeking for the correct answers in a job interview. But we can assure you, that you’re sitting in one boat with many others rowers. END_OF_DOCUMENT_TOKEN_TO_BE_REPLACED